The 2023 Infiniti Q50 is adding an iridescent paint option to bring some sparkle back to the aging sedan.

Called Black Opal Metallic, the iridescent paint is part of a Black Opal Edition package for the Q50 Red Sport 400 trim level. The base black color shifts between blue, green, and purple, depending on the lighting and viewing angle, according to an Infiniti press release. 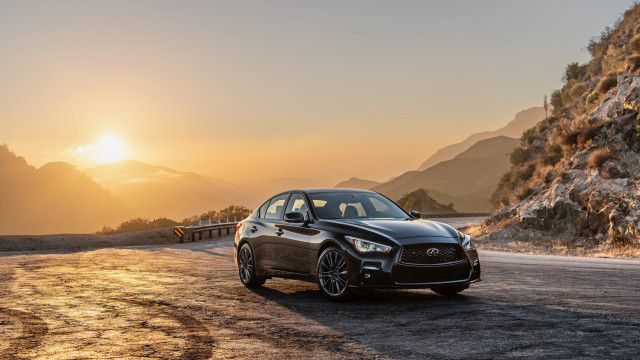 Iridescent paint has been offered on production cars before, with the Nissan GT-R’s Midnight Purple a notable example. The complexity of the paint makes repairs from scratches or crash damage more difficult, though, so actually owning a car with this trippy paint can be a chore.

In addition to the paint color, the Black Opal Edition treatment includes satin-black exterior badges and an unpainted carbon-fiber rear spoiler. The package is available only for the Q50 Red Sport 400, the most powerful Q50 variant. Its 3.0-liter twin-turbo V-6 produces 400 hp and 350 lb-ft of torque, with a 7-speed automatic transmission and a choice of rear-wheel drive or all-wheel drive. 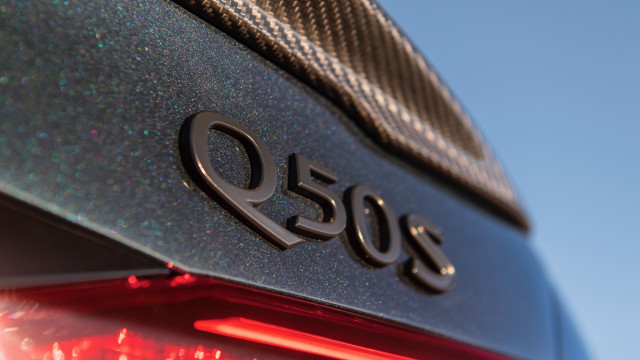 The Q50 is one of the older vehicles on the market, as it arrived in 2013 as a 2014 model, and aside from the new iridescent paint option, it remains basically unchanged for 2023. Some rivals, like the Mercedes-Benz C-Class, have been redesigned twice in the time the Q50 has been on sale, but no clear successor to the Infiniti sedan is in sight.

George Kittle on enduring another loss in the NFC …

George Kittle on enduring another loss in the NFC …

Evacuation warning issued in part of Vacaville with …

Stevante Clark comments on the police beating of …

Crash on Interstate 80 leaves one dead, one injured

Crash on Interstate 80 leaves one dead, one injured

Is it too late to claim your California inflation …