Ford has filed a patent application for roof-mounted airbags that would deploy from a vehicle’s headliner and surround occupants for added crash protection.

The application was filed with the United States Patent and Trademark Office (USPTO) on April 7, 2021, and published Oct. 13, 2022. It shows ring-like housings mounted above each of the seats, from which airbags would deploy. 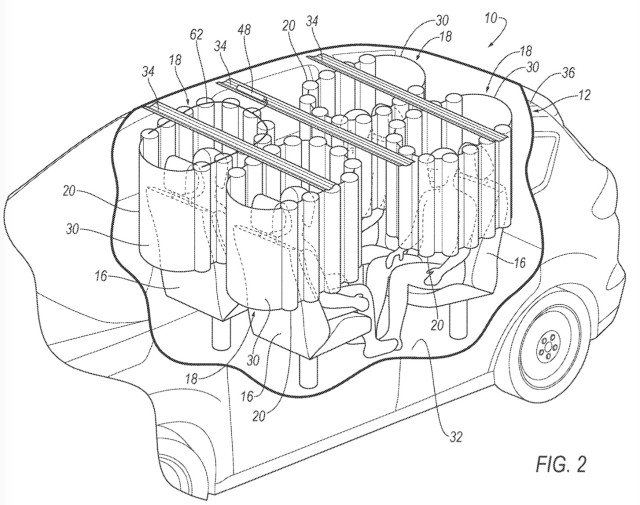 Ford said this technology was designed to work in passenger and commercial vehicles of different body styles, including sedans, coupes, pickup trucks, SUVs, and minivans. But it will likely be easier to package roof-mounted airbags in an Expedition than a Mustang. 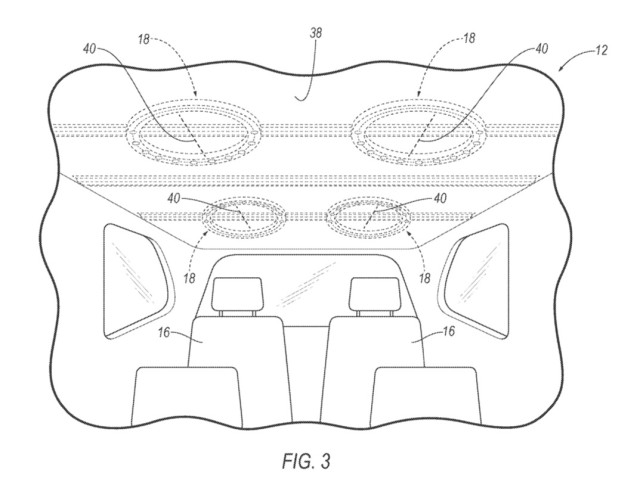 The Blue Oval also said these airbags were designed with autonomous vehicles in mind. Some of the drawings even show two rows of seats facing each other—a layout that seems to hint at a self-driving car. It’s worth noting that, shortly after this patent application was published, Ford and the Volkswagen Group pulled funding from autonomous-driving tech startup Argo AI, forcing it to shut down.

Ford’s interest in self-driving cars might be wavering, but the automaker is continuing to experiment with new safety tech for conventional cars. Ford also recently filed a patent application for an external airbag system that would deploy from behind a vehicle’s grille during collisions. But a patent application doesn’t automatically translate to production plans, so it’s unclear if we’ll see either of these novel airbag systems on vehicles sold to customers.

California School for the Deaf caps off perfect season …

CHP makes over 1,000 arrests during Thanksgiving …

California School for the Deaf caps off perfect season …

CHP makes over 1,000 arrests during Thanksgiving …

Controversy over whether homeless encampment is on …

Law enforcement gets grant money from DOJ to help …

Family mourns loved one who died from fentanyl overdose

Gavin Newsom says he won’t run for president in 2024

Man died after being shot near Sacramento City College

The following roads will be closed for the California …

Man killed after being hit by suspected drunken driver, …

The following roads will be closed for the California …

Downtown Sacramento used to have a lake in the 1800s. …