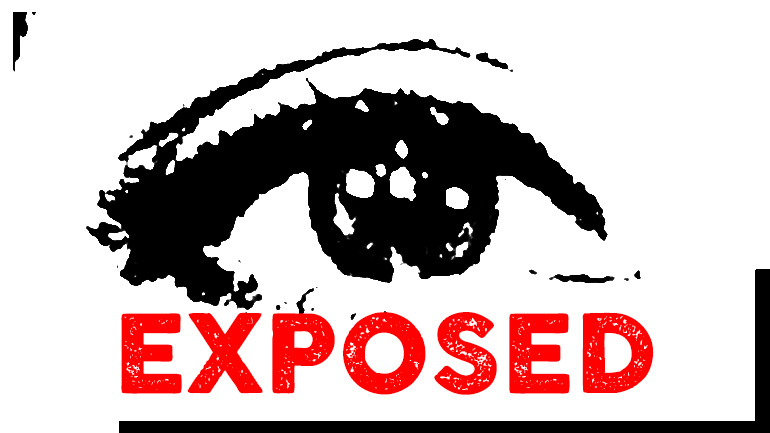 FOX40 digs deeper into some of California’s most infamous murder cases in our podcast, EXPOSED.

All episodes are available to stream or download now.

SEASON ONE: THE EAST AREA RAPIST

Through in-depth interviews with the victims, their families and the original investigators you get a glimpse into the terror and the pain one man caused. See why this notorious criminal has eluded investigators for so many years.

It’s 1976 in Sacramento and people are terrified. A man is breaking into homes and raping women.

Fear and panic are spreading and Jane Carson-Sandler becomes victim number five. She is a 30-year-old married mother, student and Air Force Reservist.  While home in bed with her son, an intruder ties her up and rapes her.

The elusive criminal keeps going. Investigators chase him but they can’t catch him.

A serial rapist attacks dozens of times in Northern California and law enforcement can’t catch him.

Two years later, a man is terrorizing Southern California and it doesn’t take long for those attacks to turn deadly.

Debbi Domingo lost her mother, Anne Penn lost her aunt and uncle and Michelle Cruz lost her sister.  Could the same man be responsible for all of the crimes?

The families and the investigators are determined to find out.

A major breakthrough in the case.

Fifteen years after his last known murder, investigators can finally say the East Area Rapist and Original Night Stalker are the same person. Law enforcement has momentum and families of victims have hope this elusive killer will be exposed … but time is running out.

Law enforcement from across the state announced the arrest of Joseph James DeAngelo, who has now been charged with eight counts of murder in connection with the East Area Rapist investigation.

The decades-old case has brought terror to Northern, Southern and central California since the late 1970s.

Using DNA evidence, police say they have begun to connect the dots between DeAngelo and the infamous crime spree.

A CONVERSATION WITH KEN CLARK:

The arrest of Joseph DeAngelo brings relief to the victims of the East Area Rapist and their loved ones.  But, how did detectives pull it off? How did DeAngelo react when law enforcement took him into custody? And what does this mean for the men and women who have dedicated their careers to one of the country’s most notorious cold cases?

We sit down – one on one — with Sacramento County Sheriff Detective, Ken Clark.

A CONVERSATION WITH PAUL HOLES:

Hunting a  serial killer and rapist.

As an investigator for the Contra Costa County District Attorney’s Office, Holes retraced the steps of the notorious criminal.

Hours, before he left law enforcement Holes, drove to Joseph DeAngelo’s home but stopped himself from going inside.

FOX40 spoke to Paul Holes at Crime Con in Nashville after an arrest was made.

Their stories are different but they are united through their desire to expose the man behind the mask.

We spoke with them at Crime Con in Nashville after they learned of the arrest of suspect Joseph DeAngelo.

A CONVERSATION WITH MIKE MORFORD:

Long before Joseph DeAngelo was identified as the suspect in the East Area Rapist-Golden State Killer case, true crime blogger and researcher Mike Morford was dissecting the police reports and interviewing survivors for his popular podcast, “Criminology.”

We speak to Mike about how the developments in the case affected his work and his biggest questions about DeAngelo’s life.

Victor Hayes was 21 when the East Area Rapist attacked him and his girlfriend in their East Sacramento home.

More than four decades later, he opened up about the attack as he prepared to see suspect Joseph DeAngelo face a judge.

In season two of EXPOSED, FOX40 explores the case of Dorothea Puente. To many, she was a sweet old woman who cared for the less fortunate in her Downtown Sacramento home — but evil lurked just beneath the surface.

At 1426 F Street in Downtown Sacramento there’s a charming Victorian with a dark history. It’s where Dorothea Puente ran a boarding house, taking in elderly and disabled tenants. But in the fall of 1988, Sacramento Police Detective John Cabrera and his team dug up what he called “Dorothea’s Graveyard.”  Was the grandmotherly woman a serial killer? Investigators were determined to find out.

A suspect on the run.

Seven bodies were found in the backyard of the boarding house at 1426 F Street and Dorothea Puente was gone. The grandmotherly criminal would soon be accused of nine murders. But how did they find her and who were her victims?

In 1993, it was the longest jury deliberation for a murder trial in California history. Dorothea Puente went to prison for some of the deaths at 1426 F Street.

1 person pulled from a structure fire in Carmichael

Man transported to hospital after stabbing in Sacramento

I-80 in Placer County reopened after fatal collision

Food banks in the Sacramento area