SACRAMENTO, Calif. (KXTL) – Walmart is once again doing its seventh annual open call for products to add to its shelves and those of Sam’s Club’s around the country.

Walmart brought in $524 billion in revenue for fiscal year 2020, and more than 800 small businesses tried to pitch themselves to the company in its first virtual open call event. They were chosen out of a field of 4,800 to sell themselves to the chain in a series of 30-minute, one-on-one meetings.

California ranked in the top five for the states where hopeful merchants got the most yes’s – and Sacramento’s Jerry Noel, founder and president of Visions Quality Coating, is one of them.

In the half-gallon canisters, it contains just enough for consumers to paint a whole in their apartment or home “without having a whole bunch left over that’s going to end up needing to be thrown out,” Noel said in an interview with FOX40. “Basically, reduce, reuse, and recycle.”

Noel initially pitched to another retailer with a larger size, but decided to go with a smaller amount. The Walmart merchant team then contacted the California-based company during the open call.

“Basically, he impressed them, and they wanted to bring us right in and we haven’t been able to sleep since, so we’re getting everything ready for a rollout,” Noel joked.

Charles Crowson, national media relations at Walmart, congratulated Noel, calling the product “so logical and so innovative” and a “no-brainer” for the corporations’ customers’ needs.

Noel also offered advice for entrepreneurs who are considering pitching next year: “Do it, because if you feel that it’s too big of a hill to climb, they made it seem so down-to-earth and easygoing.”

“All of our management and workers are thrilled to be part of the Walmart family,” Noel concluded.

Crowson said Visions Quality Coating’s product is “well on the way” to hit Walmart stores, though no specific date was given.

1) Gratitude Letters: Write to friends and family to let them know you are grateful for specific things they have done or ways they have impacted you.

NASA's Space Launch System is nearing completion. The SLS is the most powerful rocket built since the Saturn V launched Apollo 11 in 1969.

These states have the highest COVID-19 death rates this week

Arizona’s Kelly to be sworn into Senate, narrowing GOP edge

Only dogs may apply: US tightens definition of service animals allowed on planes

McRib is back for the first time in 8 years 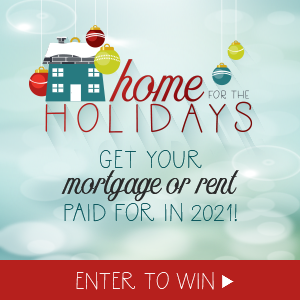 These states have the highest COVID-19 death rates this week