PLACERVILLE -- The El Dorado County Sheriff's Office is searching for a suspect after a woman was found stabbed to death and a child was found with multiple stab wounds in a Placerville home.

Deputies responded to a home on Newtown Road near Barragan Road in Placerville on reports of a stabbing about 5:15 p.m. Tuesday.

Once inside, deputies found a dead woman -- later identified as 49-year-old Silvia Castillo. A 4-year-old girl was also found inside with multiple stab wounds. The girl was transported to an area hospital. Her condition is not known.

The sheriff's office is looking for a 2002 white Ford Explorer with California license plate number 4XTF911 in connection to the homicide. 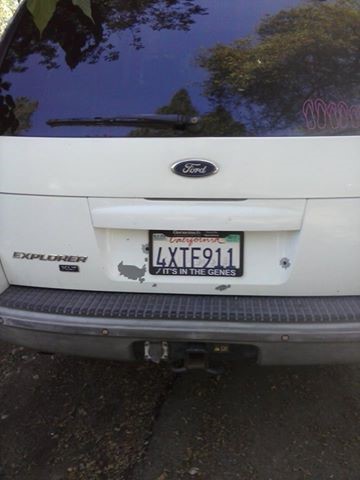 Bernardo Castillo, 24, is wanted for questioning in connection to the stabbing. He is described as a Hispanic male with black hair and brown eyes. He is about 6 feet tall and weighs about 190 pounds.

Anyone who has seen Castillo or the vehicle is asked to contact the El Dorado County Sheriff's Office at (530) 621-6600.

Investigators say the family was served an eviction notice in the morning, but did not say if it had anything to do with the stabbing.

It was unclear what relationship Castillo had with the woman or the child.

Stay with FOX40 and FOX40.com for updates on this developing story.

SILVER SPRING, Md. (AP) — Tupperware relied on social gatherings for explosive growth in the mid 20th century. In the 21st century, it is social distancing that is fueling sales.

Restaurant pain has turned into Tupperware's gain with millions of people in a pandemic opening cookbooks again and looking for solutions to leftovers. They've found it again in Tupperware, suddenly an “it brand" five decades after what seemed to be its glory days.

SAN DIEGO (Border Report) -- Acting Department of Homeland Security Secretary Chad Wolf hopped on an ATV and went for an off-road tour of the border barrier now being erected between San Diego and Tijuana.

Wolf got to see up close where the wall is going up and spoke to Border Patrol agents about the barrier's capabilities and deterrent features.

SAN DIEGO (AP) — A San Diego-area drug dealer was sentenced Wednesday to 14 1/2 years in federal prison for selling fentanyl that led to the fatal overdose of a 25-year-old woman.

Uriah Odish apologized to Tiffany Hansens's mother for the suffering he had caused before the judge handed down the sentence.