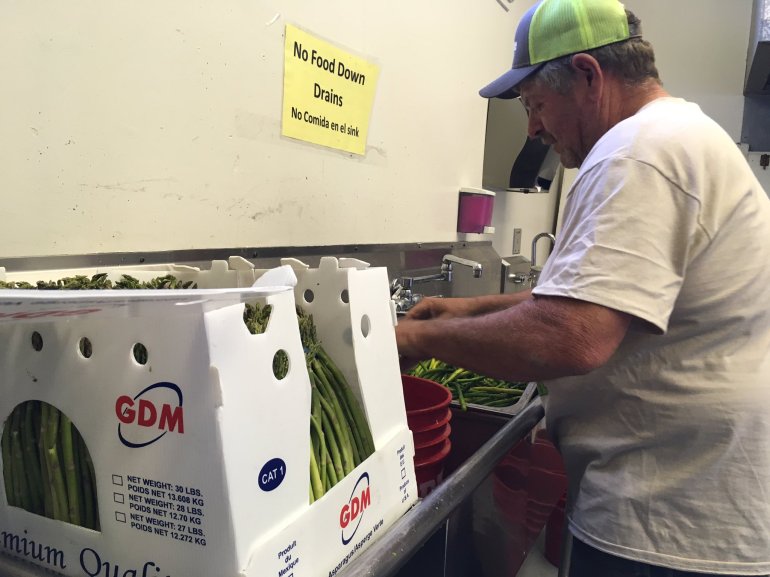 SAN JOAQUIN COUNTY -- Asparagus has long been a thriving crop in the San Joaquin Valley, but it has slowed recently and some farmers put some of the blame on growers in Mexico.

Local growers say asparagus from Mexico is cheaper, but they are also upset with lawmakers. Now, farmers say instead of cleaning and packing fresh asparagus, they are forced to wait and see what happens with what's called a volatile market.

"Everything has come to a halt," grower Bob Ferguson said.

Ferguson Farms has scaled back production. Ferguson says his farm has had to stop harvesting the vegetable.

"Hope we shut it off before we take the loss," he told FOX40.

Ferguson says due to rising labor costs and having to compete with cheaper asparagus from Mexico, his broker was unable to guarantee him a price to sell.

"California minimum wage, the overtime wage order are all having an impact," Ferguson said.

"It’s almost tragic if you look at our history here just in this county alone," Blodgett said.

Blodgett says the problem is partly due to costs -- but a smaller grocery bill could mean lower quality produce.

Some of the locally-grown asparagus still finds its way to consumers.

Nocetti all of the festival's goodies -- whether it's deep fried, wrapped in bacon or turned into ice cream -- come from local growers.

As for Ferguson, he says he hopes the market recovers. If not, his farm will have to consider other crops like corn.

Blodgett and Ferguson both say if consumers are interested in helping local growers, they should visit their nearby food stands and ask their grocers to carry locally-sourced produce.

SACRAMENTO, Calif. (KTXL) -- While state officials relax restrictions, more and more California businesses are getting the green light to reopen and that includes many local restaurants -- if they follow health guidelines.

Some restaurant owners say they are confident they can keep customers safe, while others are not rushing to reopen their doors.

SACRAMENTO, Calif. (KTXL) --- Sacramento police are investigating a hate crime that happened in the Natomas area on Memorial Day.

Police say they were called out to a home just before noon Monday for reports of a woman seen on a surveillance camera spitting on someone’s property and using a racial slur aimed at the homeowner.

It's that time of year and Thursday Rio Linda High School held a drive-thru graduation to honor the class of 2020.

Graduates took to the stage one by one as families cheered them on from a line of cars.

Times of sun and clouds Precip: 0%

The entrance to a Minneapolis museum has been covered with 2,400 life jackets that refugees once wore