WOODLAND -- The family of a missing Woodland woman is on pins and needles awaiting the outcome of a massive search and rescue effort in Plumas County.

Teresa Blake didn't return from a Sunday fishing outing along the Feather River.

Blake's car was found later Sunday along the river banks, but there were no other clues. Her family is also up in Plumas County, where they were all on vacation until she went missing.

Meanwhile, scores of friends in Woodland are hoping she will be found safe.

"We just want her back," friend Sue Sedale said. "The fact that she's gone missing from one of her favorite spots on this planet is frightening."

The avid angler was excited to visit the familiar vacation spot near Graeagle with her husband, son and daughter.

Her husband, Randy, says Blake would often go fishing alone and be gone for several hours.

"The side of the river they found her car on is not an area we typically frequent," Randy Blake said.

Blake's car was not damaged, but that's all he knows. His concern is that she may have been out on her own for the third day.

Search and rescue crews used dogs earlier Tuesday while a helicopter was brought to help from the air.

Anyone who may have seen her is asked to contact the Plumas County Sheriff's Office. 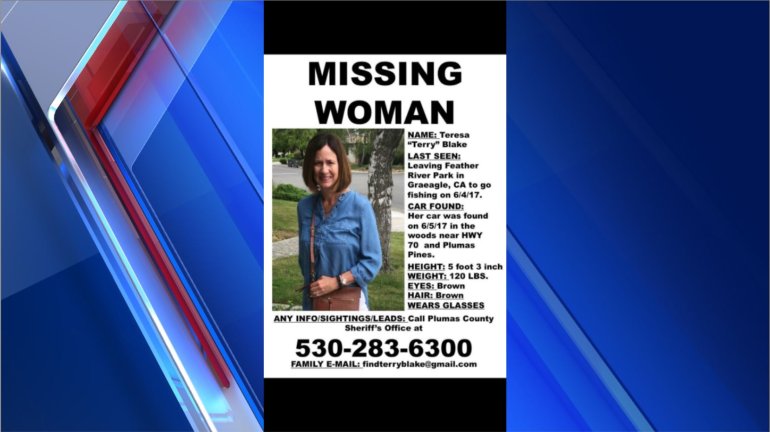 STOCKTON, Calif. (KTXL) -- Community members gathered in Stockton Friday night to hold a vigil for the woman believed to be murdered by a fellow soldier at a Texas military base.

In honor of missing Fort Hood Soldier Vanessa Guillen, residents in Stockton held an event to show Guillen’s family that they have support all the way in California.

SOUTH LAKE TAHOE, Calif. (KTXL) -- While those who live in the Tahoe area year-round are normally welcoming of tourists, it’s what out-of-towners could possibly be bringing to the area this holiday that has some not being as social this go around.

South Lake Tahoe's population is expected to quadruple for the next few days. The area as a whole will see about a quarter of a million people.

The memo says the Assembly Rules Committee learned that the two people, who have not been identified, were last in the State Capitol on June 26 and wore face coverings.

Atlanta Braves give no indication of considering name change

As coronavirus cases skyrocket, US marks July 4th with pleas for people to skip the parties

‘It hit me hard’: Stockton man says he was a skeptic before contracting COVID-19

Atlanta Braves give no indication of considering name change

As coronavirus cases skyrocket, US marks July 4th with pleas for people to skip the parties