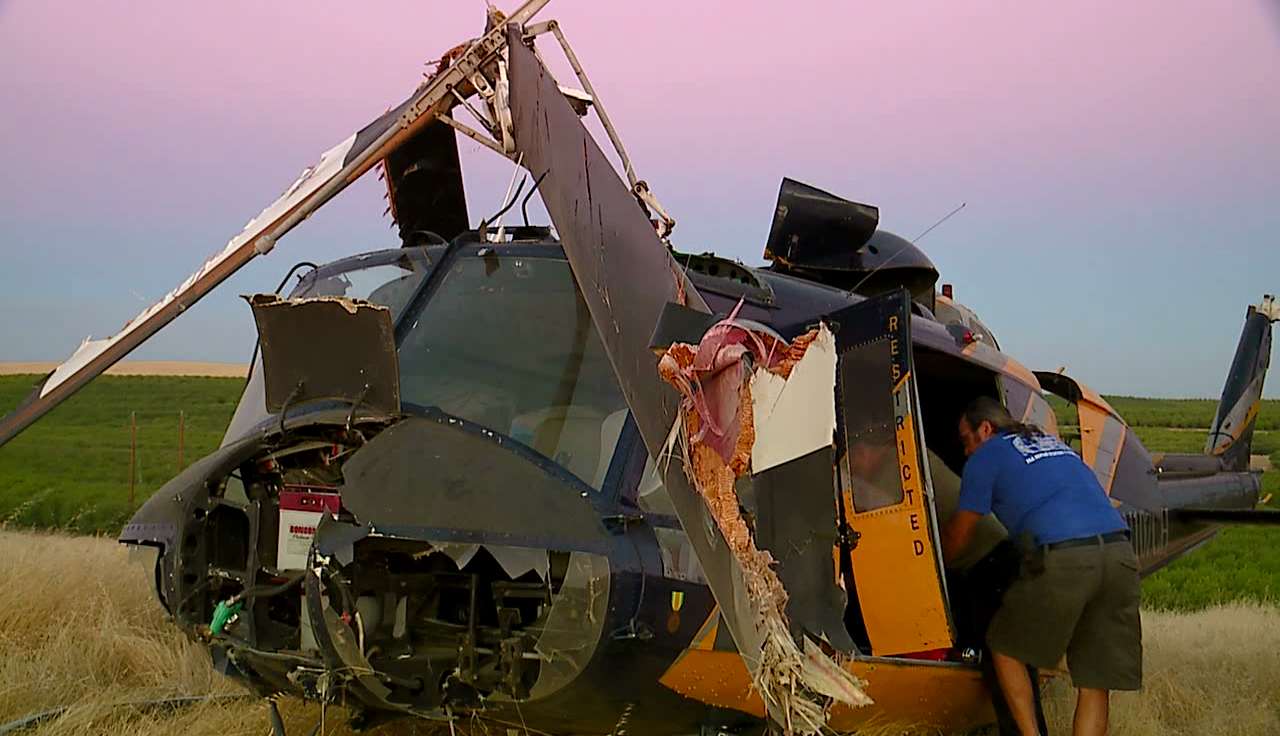 STANISLAUS COUNTY — One person was hospitalized after a helicopter made a crash landing Tuesday just east of Oakdale.

The Stanislaus Consolidated Fire Protection District tweeted a picture of the downed helicopter just before 8:30 p.m. The picture shows the helicopter with extensive damage.

According to Stanislaus County Sheriff’s Sgt. Frank Soria, the helicopter was being flown from Southern California to Weed to assist fire crews when its pilot began experiencing problems. As the pilot tried turning toward the Oakdale Airport, the helicopter crashed.

Cal Fire reports the “call-when-needed” helicopter was being flown to a fire to provide extra air support.

Soria reports the pilot refused medical treatment but a passenger was hospitalized with unknown injuries.

The cause of the crash has not been reported and sheriff’s investigators, as well as Cal Fire officials, were investigating at the scene Tuesday night.

Helicopter down just east of Oakdale Law enforcement is remaining on scene. pic.twitter.com/cI0Uw8WKfd

Stay with FOX40 for more updates on this crash.

SACRAMENTO, Calif. (AP) — With more than two dozen states poised to ban abortion if the U.S. Supreme Court gives them the OK next year, California clinics and their allies in the state Legislature on Wednesday revealed a plan to make the state a “sanctuary" for those seeking reproductive care, including possibly paying for travel, lodging and procedures for people from other states.

The California Future of Abortion Council, made up of more than 40 abortion providers and advocacy groups, released a list of 45 recommendations for the state to consider if the high court overturns Roe v. Wade — the 48-year-old decision that forbids states from outlawing abortion.

‘She was upset with her order’: Woman charged for allegedly firing gun in Wendy’s drive-thru