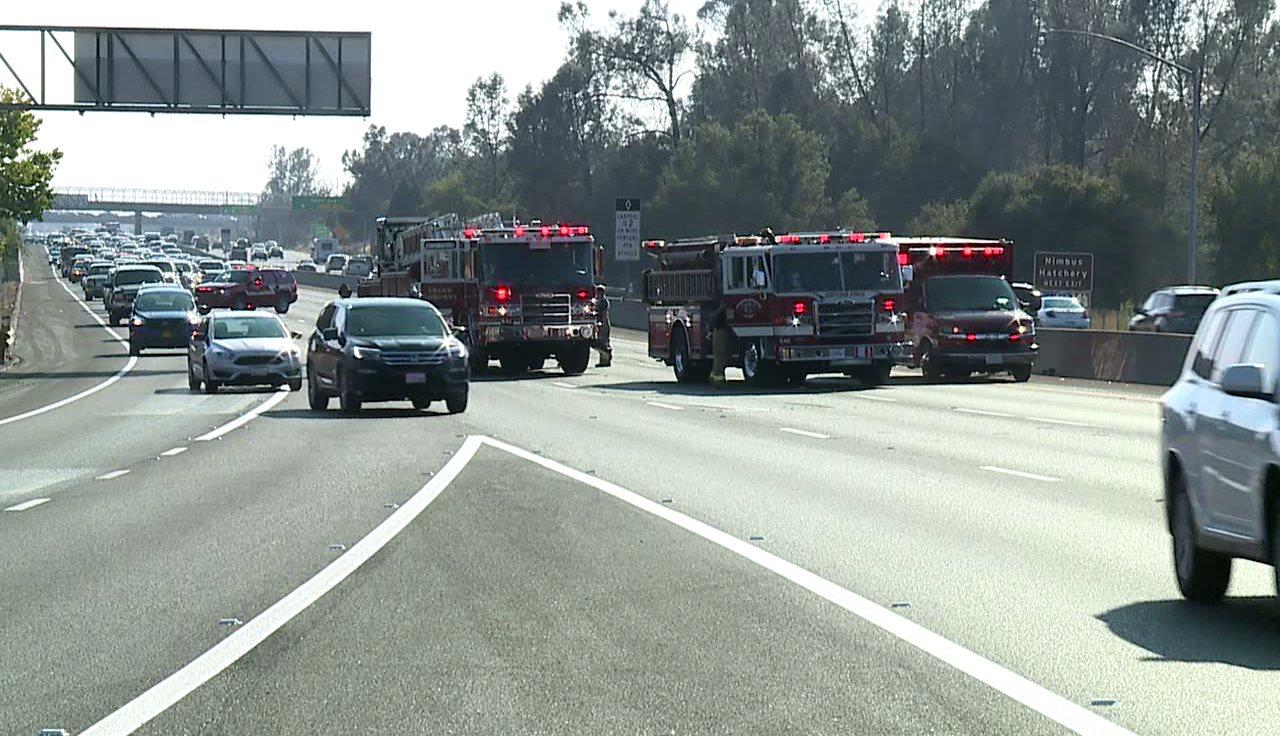 FOLSOM — Traffic along eastbound Highway 50 near Folsom came to a crawl Monday following a crash between several vehicles.

The CHP reports the multi-vehicle crash happened around 4 p.m. when a Honda Prelude was rear-ended just before Folsom Boulevard. The Honda’s driver lost control of the car and another vehicle hit the driver’s door.

Some parties became trapped in their vehicles after the crash, according to the CHP.

All four people in the Prelude, including a 4-year-old in a child’s car seat, were hospitalized with moderate injuries. Another driver was also sent to a hospital after complaining of pain.

Officers and fire crews arrived at the scene around 4:45 p.m. and the scene was cleared by around 5:15 p.m.

Around seven miles away from the crash site drivers just getting off work were stopped in the heavy traffic, which had backed up to Mather Field Road by 5 p.m.

The use of alcohol or drugs does not appear to be a factor in the crashes.

(KTXL) -- Flowers and balloons now decorate a part of the 205 westbound ramp in Tracy, marking the spot where a car crash killed four people.

Family and friends confirmed one of the passengers in the car was 17-year-old Treyvon Breckenridge.

AUBURN, Calif. (KTXL) -- September is Suicide Prevention Month and on Friday at the Foresthill Bridge in Auburn, there is an effort to help those who may have thought about taking their own life.

People at the bridge went holding colorful signs with a message meant to grab the attention of anyone who drove by.

(KTXL) -- It’s been exactly a month since a neighbor recorded the tragic loss of several homes in Winters due to the LNU Complex fire.

19-year-old Jack Bratset is now telling the story of his family’s loss on his favorite social media platform.

Q&A: What does banning TikTok and WeChat mean for users?