Gross vehicular manslaughter has been added to the list of charges Constance Addison faces.

YUBA CITY — A Yuba City boy was critically injured Monday after police say a mother who they suspect was intoxicated hit him with her car and drove away.

Just after 8 a.m., the 13-year-old boy was walking along Franklin Road near Lindsey Lane when the Yuba City Police Department says he was struck by a vehicle that eventually left him behind.

He was hospitalized and was still in critical condition by Monday night.

A CaringBridge page created by family members identifies the boy as Alec Flores and says the teen has brain trauma and “is not expected to recover from his injuries.” 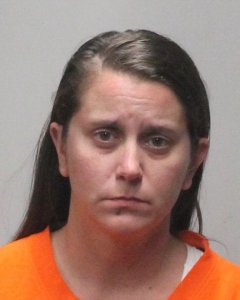 At the time of the crash, police say she had her three children in the car with her.

ROSEVILLE, Calif. (KTXL) -- A Roseville restaurant is offering a reward to have its stolen lights returned.

The Brickyard Kitchen & Bar in Roseville also warned other restaurants to be careful with what they leave outside during the pandemic.

MANTECA, Calif. (KTXL) — Thursday was the first day of class for the Manteca Unified School District and just like the beginning of this pandemic, teachers are once again settling into their classrooms in front of their laptops.

First-day-of-class jitters and excitement are all around as teachers, such as Gina Hughes, and her first-grade students meet among a procession of cars at Joshua Cowell Elementary School.

Postal Service loses $2.2B in 3 months as virus woes persist

Second stimulus checks: Where we stand as the week ends

US adds 1.8 million jobs in a sign that hiring has slowed

US: Border tunnel appears to be ‘most sophisticated’

Second stimulus checks: Where we stand as the week ends

Midtown Sacramento bar reopens after partnering with restaurants across the street

Postal Service loses $2.2B in 3 months as virus woes persist