CITRUS HEIGHTS — If you spend some time with Chris Betancourt, the first thing you’ll notice is that he acts like a completely normal 20-year-old man.

But Chris and his friends, who all call themselves ordinary, are doing some extraordinary things. For instance, a week before Christmas, they found themselves on a rooftop in San Francisco for a giant, public pillow fight. 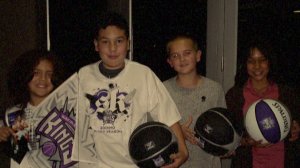 Their story begins nearly a decade ago when Chris met his friend Dillon Hill in the fifth grade. That same year, Chris was diagnosed with chronic myeloid leukemia — a form of cancer that attacks the blood cells in his bone marrow.

“He was there every single day in the hospital for two months which really strengthened the friendship,” Chris said.

Chris’ cancer went into remission after those two intense months. He and Dillon stayed close into high school, where they met Hrach Avetisyan.

But after years without symptoms, Chris collapsed this past Memorial Day.

Doctors said not only was his cancer back but without a bone marrow donor, he had less than a year to live.

“I was just crying for the first few days honestly. it was a lot to process,” he said. “(Dillon) came back in a few days to me and was like give me a list of 50 things that we’re doing. And we’re going to go out and do them. And we’re gonna document them.”

The big pillow fight was item 31. 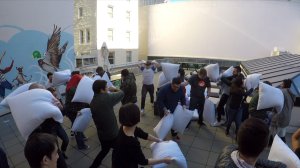 “He’s saying, ‘I’m not a hospital patient who’s going to die, let me live out my bucket list. I am someone who might die, let me inspire everyone else around me. Let’s live out our bucket lists together,’” Dillon said.

And that’s exactly what they have been doing, crossing off goals one by one.

Chris’ mom, Alexandra, was a reluctant supporter at first.

“While they’re having fun and all this stuff, I’m more concerned about trying to find a way to prolong his life and have him stay longer,” she told FOX40.

But Alexandra now says fulfilling the list with her son has brought them closer.

“I already lost a daughter and I do try to keep all the pictures and everything I can find of her with me. I wish I had more,” she said. “So, I think this is a good idea because I can always go back to him and think of him and remember him in a nice way.”

Chris says having his mom around sometimes changes the dynamic of completing the list.

“Just in the sense of she doesn’t like me thinking about an ending of the list, a perishing,” he told FOX40. “She definitely clings to me a lot closer because I’m all she’s got.” 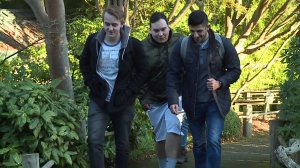 If this really the last year Chris has left, he hopes his legacy inspires people to live their lives.

“Life is never done being lived. You can never cross off all of your life’s items because there is always gonna be something new,” he said.

He says the idea behind any good bucket list is to never finish.

The South Carolina pastor serves as vice chair of a recently formed Southern Baptist Convention task force charged with overseeing an investigation into how a top denominational committee handled sex abuse allegations, a review that comes years into the SBC's public reckoning with the scandal.

OROVILLE, Calif. (AP) — The shooting death of man in rural Northern California has led to five arrests, including his father and two brothers who are accused of trying to hide the body to prevent investigators from discovering an illegal marijuana growing operation.

Butte County deputies found the 33-year-old victim dead in the back of an SUV parked along a remote road on Sept. 11.

LAKE WORTH, Texas (AP) — A military training jet crashed Sunday in a neighborhood near Fort Worth, Texas, injuring the two pilots and damaging three homes.

Both pilots managed to eject from the plane before it crashed in Lake Worth, which is just west of Fort Worth, authorities said at a news conference.

Inside California Politics: Larry Elder not optimistic about 2022 run