He was arrested during a vehicle stop near 3700 Collier Road on Friday night. 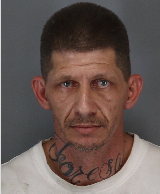 LODI — The Lodi Police Department is investigating a shooting that left a man dead Wednesday night.

Around 10 p.m., officers located a 34-year-old man who had been shot in the head near 200 E Vine Street and S Stockton Street.

He was transported to a nearby hospital where he was in critical condition. Police said the man died from his injuries the following evening.

Family members identified the victim as Rafael Morfin. Morfin is survived by his four children, his brother told FOX40.

Detectives said the shooting does not appear to be random but the motive is unclear.

“I work a swing shift so I was coming home, probably about 12-1 in the morning or whatever, and there was police everywhere and it was tapped off and stuff,” a neighbor who wished to remain anonymous said. “I don’t like it. I don’t know what it’s about. I hope they get the guy.”

(KTXL) -- President Donald Trump signed multiple executive orders Saturday, one of which extends unemployment benefits for those out of work during the pandemic.

It comes after negotiations stalled on Capitol Hill, and the extra $600 relief checks expired.

WELLINGTON, New Zealand (AP) — New Zealand on Sunday marked 100 days since it stamped out the spread of the coronavirus, a rare bright spot in a world that continues to be ravaged by the disease.

Life has returned to normal for many people in the South Pacific nation of 5 million, as they attend rugby games at packed stadiums and sit down in bars and restaurants without the fear of getting infected. But some worry the country may be getting complacent and not preparing well enough for any future outbreaks.

TRACY, Calif. (KTXL) -- The stakes are high at Stars Casino in Tracy and the business is going all-in.

“We went through our reserves rather quickly because without income and fixed expenses, it’s hard to survive,” said Stars Casino CEO Emmanuel Macalino.

Stimulus check update: Why we’re no closer to a second $1,200 payment

Roseville’s Golfland Sunsplash open despite orders to shut down