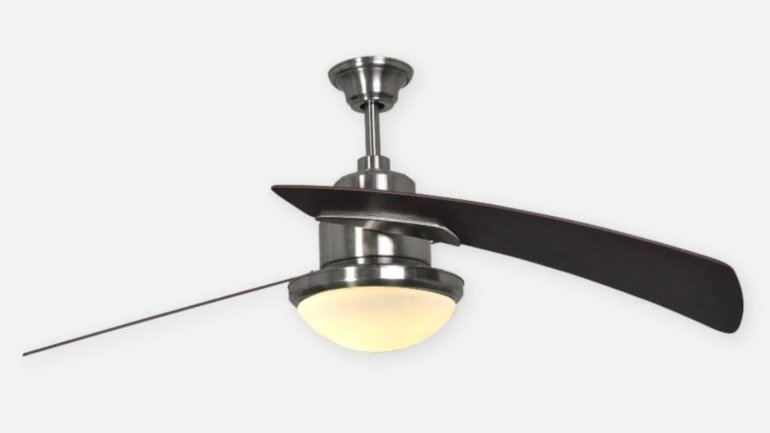 MOORESVILLE, N.C. (CNN) — More than 70,000 ceiling fans sold at Lowe’s have been recalled because faulty blades can break and fly off, potentially injuring consumers.

Manufacturers received 210 reports of the fan blade ejecting from the fan ahead of the recall. In 10 of those complaints, customers were injured by the flying blades, according to the Consumer Product Safety Commission.

The fans were available at Lowe’s stores and online between May 2014 and January 2016.

Model: LP8294LBN (The model number can be found on the fan motor and inside of the remote control.)

Consumers should immediately stop using the ceiling fan, the CPSC says, and contact Fanim Industries for a free set of replacement blade holders.

Request new blades by calling the manufacturer at 888-434-3797 between 8 a.m. and 5 p.m., emailing recall@fanimation.com or visiting the recall tab on the company’s web site.

‘You don’t look that sick to me’: Vaccine rollout breeds mixed emotions

NEW YORK (AP) — Before posting a selfie with her COVID-19 vaccination card on Twitter, Aditi Juneja debated whether to include an explanation for why she was eligible for a shot.

“The first draft of the tweet had an explanation,” says Juneja, a 30-year-old lawyer in New York City.

CENTENNIAL, Colo. (KDVR) -- A new checkout policy at a Walmart in Colorado is under scrutiny for its security measures surrounding beauty products for people of color.

The allegations of racial bias come almost a year after Walmart changed its practice of locking up beauty products for people of color at its stores.

LONDON (AP) — Britain and its royal family absorbed the tremors Monday from a sensational television interview by Prince Harry and Meghan, in which the couple said they encountered racist attitudes and a lack of support that drove the duchess to thoughts of suicide.

In a two-hour soul-baring interview with Oprah Winfrey, the couple painted a deeply unflattering picture of life inside the royal household, depicting a cold, uncaring institution that they had to flee to save their lives.

‘Management based on vengeance’: US states look to step up wolf kills, pushed by Republicans

Floyd’s cause of death, ex-cop’s force will be keys at trial

‘You don’t look that sick to me’: Vaccine rollout breeds mixed emotions