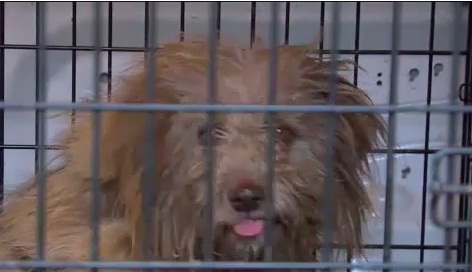 BETHESDA, Md. (AP) — Officials in Maryland say a 30-pound dog rescued from a storm drain had been missing for over a year.

Rescue crews got the dog out of the drain on Friday after a man walking his own dog spotted the other pup in the storm drain. It took crews two hours to get the Wheaten Terrier out of the drain.

The 1-year-old dog named Cookie had reportedly been missing since October 2014. Montgomery County Fire and Rescue Service spokesman Pete Piringer says the dog’s owner has been located and will pick the dog up. Piringer says it’s believed Cookie got into the drain through a pipe at a nearby construction site.

(AP) — After a significant drop in mass shootings in the United States during a pandemic-hit 2020, this year has already seen several deadly cases.

Police in Indianapolis say eight people were shot and killed in a shooting late Thursday at a FedEx facility. The shooter also killed himself.

WASHINGTON (AP) — Throughout his decades in public life, Prince Philip was known for putting his royal foot in his mouth with occasional off-the-cuff remarks that could be embarrassing. But his faux pas at a White House dinner with President Richard Nixon in 1969 was enough for Philip to actually lose sleep.

In a handwritten note to the president uncovered by archivists at the Richard Nixon Presidential Library and Museum in Yorba Linda, California, the Duke of Edinburgh wrote to “humbly apologize" for failing to toast the president's health as dictated by protocol during a “stag” dinner in his honor.

“I kind of completely freaked out when I saw this little tongue come out of its mouth and start flicking around and realized it was a snake because worms don’t have tongues,” White said on Thursday.

More ‘plus-up’ stimulus payments on the way to taxpayers this week, IRS says

Police: Robbery suspects shoot at Modesto victim after being followed