A Tennessee parent is upset after she says she saw a “satanic” pentagram on a school bus.

The mom told WMC she snapped a photo of the brake light on a Durham School Services bus in Cordova.

“Anyone who fears a God, if not God and Jesus Christ, should be outraged,” said the mother, who was not identified because she is reportedly receiving death threats after sharing the photo on social media.

The mother says it’s appalling the brake lights are shaped like a pentagram. 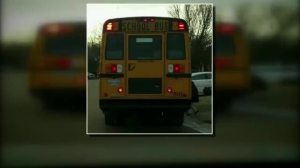 The woman pointed to Walgreen’s decision last year to remove wrapping paper from its shelves because images on the paper appeared to be those of swastikas.

“Would we allow a swastika, for instance, to be on the back of the bus?” said the mother.

One woman, who identified herself as a practicing Wiccan, looked at the photo and said it did look like a pentagram. But she says the symbol is the same for her faith as the cross is for Christians.

“Wiccans… we believe in God, we believe in Jesus, but we don’t call him God,” said Jo Applewhite. “Find out what it really means before you start getting riled up and all worked up about something.”

Applewhite says people may be making a fuss over nothing.

“Go find out if it was intentional,” she said.

School district officials have not publicly commented on the school bus lights.

Sacramento-area advocates for and against abortion …

State and local lawmakers respond to the Supreme …

Planned Parenthood says that it is ready to attend …

Here’s how to report illegal fireworks in Sac County

Safety tips to avoid accidents with a BBQ grill

Tips for keeping your pets safe on the 4th of July

Demonstrations in the Sacramento area