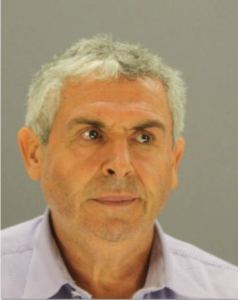 A 56-year-old Uber driver who served time in federal prison on a weapons conviction has been charged with sexual assault.

The Dallas Morning News (http://bit.ly/1JXyTtd ) reports that police have accused Plano man Talal Ali Chammout of sexually assaulting a woman July 25 in her Oak Cliff home after dropping her off.

Chammout was indicted by a federal grand jury in 2006 in California for being a felon in possession of firearms and conspiracy to possess stolen government property. His felon status stemmed from a June 1995 assault conviction in California.

Uber spokeswoman Jennifer Mullin told the newspaper that all drivers must pass background checks that include county, federal and multi-state records.

BOCA CHICA BEACH, Texas (Border Report) -- A 36-story rocket that one day could go to Mars sat ready to test launch Monday at SpaceX's South Texas Launch Facility as federal officials conducted an environmental review to determine whether these launches are harming the fragile Gulf ecosystem.

Several people milled relatively close to the Starship SN8 prototype rocket on Monday afternoon near Boca Chica Beach, taking photos and gawking at the looming steel structure, which SpaceX normally keeps safely hidden away from the public inside a nearby hangar. But it was brought out for a historic test launch that was set for Monday but has now been delayed to Tuesday or Wednesday, or possibly later in the week.

This holiday season, everyone is shopping from home

Few people showed up at the mall this weekend, with millions of pandemic-wary shoppers staying home to shop online.

Canada to add to record deficit in pandemic recovery attempt

Deputy Prime Minister and Finance Minister Chrystia Freeland said the country is facing its most severe challenge since World War II, the worst economic shock since the Great Depression and the worse health crisis since the Spanish flu over a century ago.

Police searching for suspect who shot, killed 17-year-old in Stockton

This holiday season, everyone is shopping from home

Canada to add to record deficit in pandemic recovery attempt

Police searching for suspect who shot, killed 17-year-old in Stockton