NEW YORK (AP) — Medical officials have determined that two immigrant sisters from Saudi Arabia, whose bodies mysteriously washed up on the New York City waterfront in October, killed themselves. 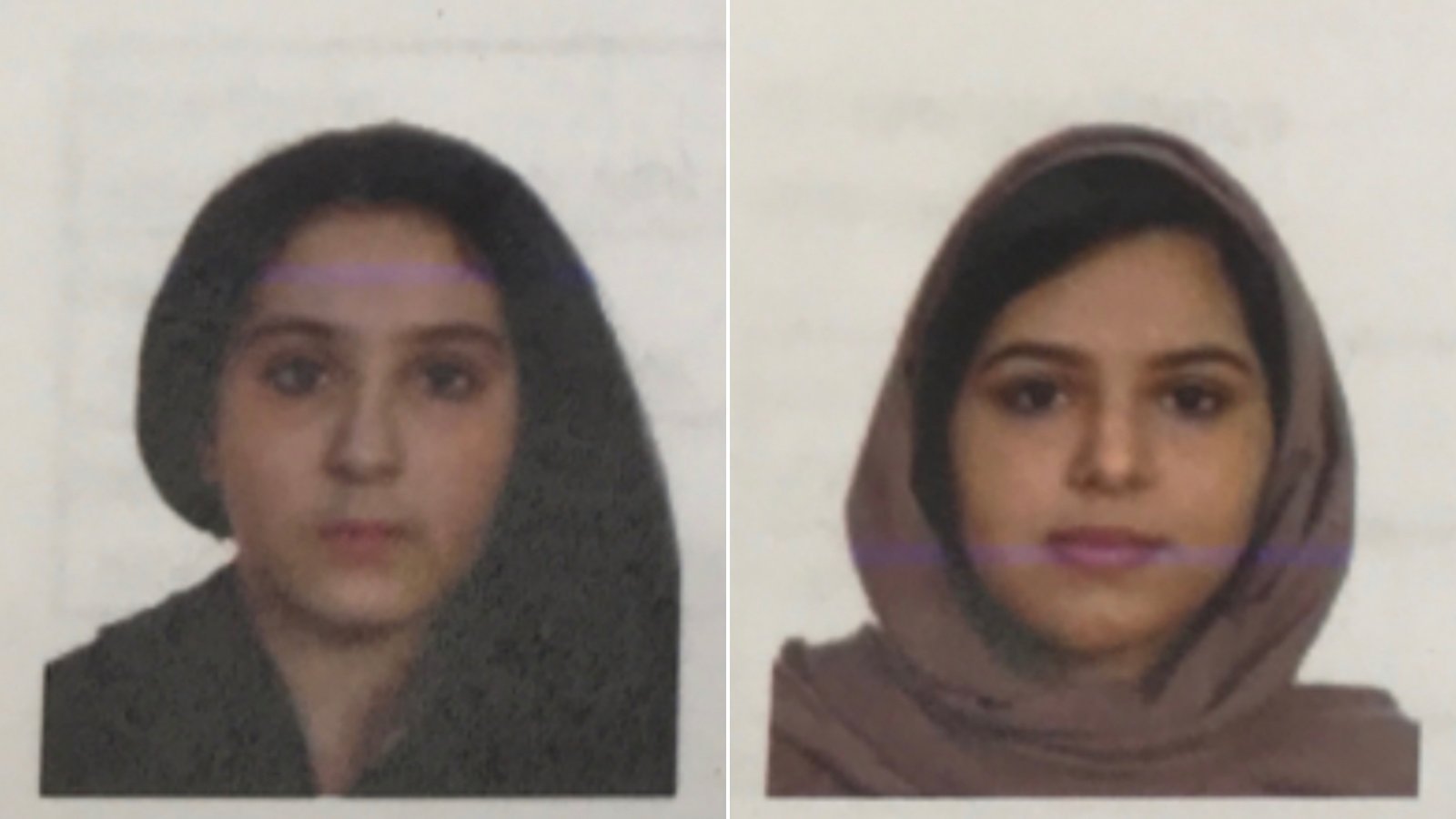 Tala Farea, 16, and Rotana Farea, 23, “bound themselves together before descending into the Hudson River.” Chief Medical Examiner Dr. Barbara Sampson said in a statement Tuesday. The cause of death was drowning.

Their fully clothed bodies were discovered Oct. 24 near the river, two months after they were last seen in Fairfax, Virginia, where they had been living in a shelter amid allegations that they were abused at home.

Police said the sisters had been in Manhattan since Sept. 1, staying at expensive hotels and ordering in pairs of meals until a credit card they were using maxed out. A jogger said he saw them praying at a playground near the river, sitting about 30 feet (9 meters) apart with their heads in their hands, hours before their bodies were found, police said.

The deaths shined a light on the secretive and risky journeys Saudi women take to flee their homes in the kingdom and abroad. Under the kingdom’s guardianship system, women must have the approval of a male relative — such as a father, husband, brother, or even a son — to marry, obtain a passport or travel.

New York City Police Chief of Detectives Dermot Shea said people who knew the Farea sisters in Virginia told investigators that they made statements within the last year indicating “that they would rather inflict harm on themselves — commit suicide — than return to Saudi Arabia.”

Nicknamed "Fitness Gran," Erika Rischko isn't letting coronavirus get to her — and definitely has no plans for sofa bingo. Instead, she is conquering TikTok one pull-up and cha-cha at a time.

SAN FRANCISCO (AP) — TikTok's Chinese parent company ByteDance has agreed to pay $92 million in a settlement to U.S. users who are part of a class-action lawsuit alleging that the video-sharing app failed to get their consent to collect data in violation of a strict Illinois privacy law.

The federal lawsuit alleged that TikTok broke the Illinois biometric privacy law, which allows suits against companies that harvest consumer data without consent, including via facial and fingerprint scanning. Illinois is the only state with a law that allows people to seek monetary damages for such unauthorized data collection.

Senate parliamentarian Elizabeth MacDonough, the chamber's nonpartisan arbiter of its rules, found the minimum wage hike must be dropped from the COVID-19 bill, Democratic Senate aides Thursday told the Associated Press. Democrats are on track to push a sprawling COVID-19 relief measure through the House on Friday.