DINUBA, Calif. (KTXL) — A man was arrested for vandalizing a place of worship after smearing feces and throwing eggs at a Dinuba church, according to Tulare County deputies.

The Tulare County Sheriff’s Office responded to the Iglesia Christiana de Vida church on Friday after the pastor reported the vandalism. 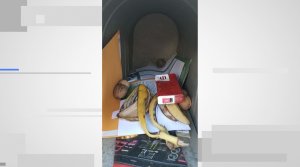 Due to a history of incidents and surveillance footage, deputies were able to find Terpin at a nearby home. Officials say Terpin has a history of yelling obscenities and making obscene gestures to church members.

Terpin also threw oranges on the fence and left bananas in the church mailbox, according to deputies.

Others who got a break from Trump include financier Michael Milken, who served two years in prison in the early 1990s after pleading guilty to violating U.S. securities laws, and Edward DeBartolo Jr., the former San Francisco 49ers owner convicted in a gambling fraud scandal after building one of the most successful NFL teams in history.

DAYTONA BEACH, Fla. (WFLA) – Ryan Newman remains in a Florida hospital on Tuesday following a horrific crash in the final lap of the Daytona 500.

According to a new statement released Tuesday afternoon, Newman is “awake and speaking with family and doctors” at Halifax Medical Center in Daytona Beach.

(CNN) -- Thousands of Nevadans waited for hours this weekend to do something that has never been done before this primary season: early voting in a caucus.

The change by the Nevada Democratic Party this year is aimed at opening up the otherwise restrictive caucus process and boosting turnout in the state. Nevadans are notably familiar with early voting -- more than 56% of the state voted early in the 2016 general election.

A pigeon that can't fly befriended a puppy that can't walk. Yes, it’s as cute as it sounds